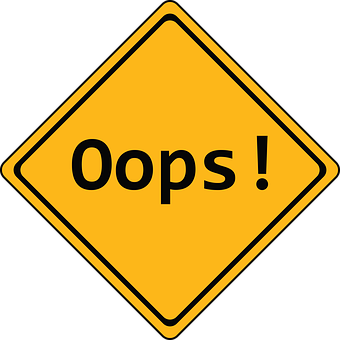 There is an old saying attached to the name “Murphy”:

“Nothing is as easy as it looks. Everything takes longer than you expect. If anything can go wrong it will; and at the worst possible moment”.

Having acquired the surname Murphy at birth, ‘The Law’ has had a knack of following me around. I’ve had an anterior cruciate reconstruction as a result of a netball injury. I have been hit by a car whilst cycling, shattering my leg. I have been aware while under anaesthetic during a tibial rodding operation. I have experienced the loss of most of my possessions and savings. I have also lost both of my parents… And not the misplaced kinda lost!  Whilst some of these things have set me back, they certainly haven’t beaten me.

Today was another example of ‘The Law’ striking again. Currently travelling in Nepal, I decided to take an early morning trip to see the Himalayas at sunrise, then go for a hike. I hired a driver and guide, and off we went at the crisp time of 4am. After an hour’s drive from Kathmandu, we turned-off and began our way up a windy hill in our van. “We’re taking a short-cut” I was informed. “Cool” I thought. Rounding a corner we came across some large piles of metal in the middle of the road. Determined not to be beaten, our driver proceeded to 4-wheel drive around them…with a sheer cliff on the outside of us I might add! After wheeling around a couple of mounds, and faced with the prospect of more, the driver decided to give-up and turn-around. Now, turning-around in a van on a country road in Nepal is like playing Russian roulette with your life! Hence, after about a 30-point turn, during which one part of my anatomy was clenching rather tightly, we headed back down the hill to find another path up.

Finding one, we proceeded to climb. The roads in Nepal are not the best; particularly since the 2015 earthquake, so we banged and bumped our way upward. Coming around a corner, about 8kms from the top, the van decided it had had enough and the clutch broke (or something to that effect)… It just wouldn’t work! Stuck on the hill, we contemplated options and it was decided that the guide and I would walk up to the top, and the driver would arrange to get a tow and another car to meet us at the end. Thankfully a very large dump truck happened to come-by when we were about 2kms into our walk and my guide hailed it. So there I was, happily stuck between my guide and the truck driver’s assistant, enjoying the view.

Unfortunately we missed the sunrise, and the clouds had come in when we eventually got to the top. We then began our official hike. Short-cuts seemed to be flavour of the day, with the guide announcing we were going to take one. Two hours later we were back on the track that we were supposed to be on!

We eventually made it back, had lunch and I was deposited back to my hotel.

During all of this, I had two choices in how I responded. I could’ve got upset or angry and blamed them for the mistakes, or I could’ve looked for the good, seen the funny-side and acted with calmness when others were not so calm around me. I chose the latter.

I believe that what goes around, comes around, and at the end of the trip the guide arranged a free trip for me to see the sunrise the following morning. Boom!

When we approach conflict or situations of unrest with the same energy in which we are receiving it, we get it back in return; sometimes two-fold. Alternatively, when we are the person showing the emotional agility in a situation, we are able not only to control our response, but also indirectly the responses of others. The law of requisite variety speaks of this, the person with the most emotional agility in a situation has greatest control over the outcome.

You see Murphy’s Law can’t ‘get’ me, because there is always a learning or opportunity…and more often than not, something funny within any situation, no matter how hard it may seem at the time.

So as you head into this week, place a pause before you respond. Consider: How do you want to be in the situation? Will you give your power away by fighting fire-with-fire; or will you be the person with the emotional agility to be able to influence the situation?

The choice is always yours.