It’s not the mountain we conquer, but ourselves … Sir Edmund Hillary 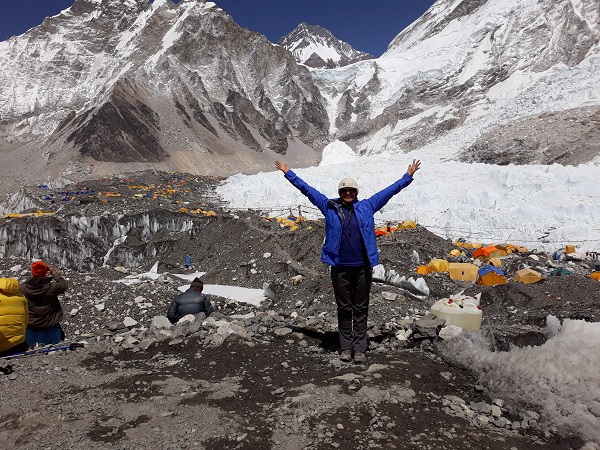 I wish to share a story with you that tells of a learning journey I went through during my trek to Everest Basecamp.

There were 15 people in my trekking group. They came from across the world, ranged from 18 to 64 years and had varying levels of fitness and experience.

There was one particular person on the trip who continuously asked questions about information that had just been given, was ultra-needy and had no idea how to trek in a group. As you can possibly tell, my tolerance levels towards her were not the best.

In order to make the most of what I perceived as a bad situation, I chose to steer clear of her as much as possible. The thing was that every so often she would end up either in front of me or behind me when trekking. She was either standing on the back of my shoes, or stopping right in front of me to take in the view. My tolerance was wearing thin. I asked her not to stop directly in front of me and instead perhaps move to the side, but to no avail.

One day she ended-up in front of one of our guides. He soon came to realise how she was trekking and placed her at the front directly behind the lead guide in order to steady her pace. “Great!” I thought. “Now she’s directly infront of me!”. Considering moving elsewhere in the line, I had a wee insight.

There is a Buddhist saying that says we are confronted by people who reflect parts of ourselves we are yet to learn about. It’s a bit like a mirror reflection of ourselves. This was deep stuff to ponder in the middle of the Himalayas!

So ponder I did…as I followed behind her.

We eventually came to a very challenging uphill section. Still pondering, I wondered what I could do to move the situation forward. Then came my mini epiphany. I had all the skills (and more) to help this woman. I could potentially coach her up the hill, invite her to find her inner strength as a woman, to stop giving her power away and to pull her energy from deep within and transform it into momentum.

I gently began encouraging her, offering her some tips and helping her when she needed it. It was as though I was also coaching myself through her.

She later thanked me, of which I felt guilty, due to my previous ill-thoughts towards her.

I was just pleased she had reached inside herself and found the strong woman that I knew existed. I was also grateful for the learning she presented me.

It is through sharing my vulnerability that I hope it also gives you permission to look at yourself and your thoughts towards those around you.

Once you have identified them, consider:

What I have come to realise on this trip is that the physical challenge of trekking to Everest Basecamp is not the mountain I needed to conquer. Nor is it the mindset of accomplishing goals I set myself. The mountain to conquer was within, and it began with looking towards others for my learnings.

Leadership starts from within.

Are you going to dare to look closely at that which annoys you and seek a way forward?

The choice is yours, but I know the rewards are profound if you choose to look within first.