Empathy: It begins with you! 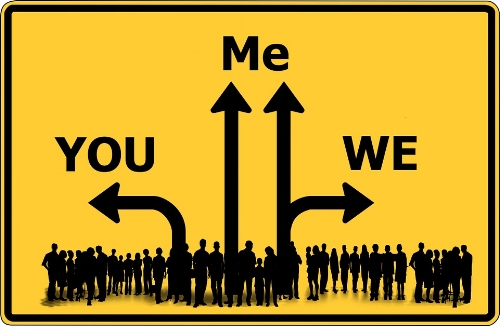 I would like to begin by telling a story about a young leader.

This woman began in positional leadership early in her career. She was identified by others as showing huge potential, given various roles, and quickly rose to senior leadership positions.

She was however like a duck on water, gliding-along whilst underneath she was paddling madly. If she made the slightest mistake, she would beat-herself-up, chastising herself for days or even weeks afterwards. When asked to reflect on her journey, she found it difficult to see her achievements, instead focusing on what was missing. She settled for nothing less than an A-grade in her studies and would drive herself hard to achieve this. Guilt also played a large factor in how she operated. She felt guilty if she wasn’t working and she felt guilty if she wasn’t spending enough time with her children. She was a highly respected leader. She had incredible people and organisational skills and was also creative in her approaches. Outwardly she seemed like she had it all together, but those she allowed to see behind this, saw someone who’s inner critic was running rampant.

The thing is, she is not alone. There are many incredible leaders of all ages whose inner critics are sabotaging their work and wellbeing. This internal fight however doesn’t have to be. The road to inner-critic recovery begins with self-empathy. If you found yourself connecting with this leader’s story, then I encourage you to explore the following pathways to self-empathy.

Listening: The key to listening is sometimes NOT to listen; particularly if you are saying unkind things to yourself! A way of checking this is to ask yourself “Would I talk to someone else like this?” “Is it true? What’s the evidence?”  Begin by checking your internal messages and looking for counter-evidence. Attune your listening to the positive messages.

Curiosity: Being able to hold information away from you and look at it with a sense of curiosity is an important skill to learn. To view it from a “That’s interesting!” mindset helps one disassociate from the emotions and reflect from an objective standpoint. It is from this viewpoint one is able to gain a less emotionally-charged perspective.

Emotional Connection: Part of having an emotional connection involves showing compassion; both towards others and ourselves. This means allowing oneself to be ‘real’, to make mistakes and to forgive oneself. It also includes giving and receiving aroha. This may take the form of taking time-out and doing something you enjoy. This doesn’t have to be something large, it may just mean giving yourself ‘permission’ to take time out to go for a short walk during a busy day.

As for that young leader?? The inner critic no longer has a controlling voice in my life 😉

So as you go forward into this week, spend some time practicing self-empathy. Become aware of your inner voice. Hold it’s messages away from you with a sense of curiosity and compassion.

As you continue to do this, your inner critic will become lessened. You will learn to be gentler on yourself, to find an inner calm, and acknowledge and appreciate the gifts you have to offer.

strive for progress, not perfection.

Go well and go easy on yourself this week 🙂